Anecdotal evidence and many studies make the connection between blood donation and a range of health benefits, including lowering cholesterol, blood pressure and body weight, and avoiding metabolic syndrome, heart attacks and strokes

There is growing evidence to suggest that high blood pressure and other risk factors of vascular disease are lower in people who donate blood regularly.  This makes donation very much a win-win: you are giving blood to save someone’s life and at the same time reducing your risk of vascular disease, thus perhaps saving your own life.

Mark, a 52-year-old engineer, presented at the Vitality Clinic with vague symptoms of fatigue and excessive sweating associated with light-headedness.  His symptoms had worsened over the last six months.  He frequently took paracetamol to relieve headaches.  He often felt short of breath during moderate exertion, such as climbing stairs or walking uphill to the train station.  He recently visited the local A&E department with a severe nosebleed episode, requiring a nasal pack for 24 hours.

He started giving blood to save his brother’s life

Mark works full-time in the service department of a popular car brand.  He presented with similar symptoms 6 years ago.  His GP at the time was concerned about his blood pressure and cholesterol level.  Mark was pleased to know that these had returned to normal in the subsequent follow-up, fortunately without any treatment.

Whilst going through his medical history, Mark recalled that at the same time, when he developed the above symptoms, his brother had a serious car accident.  His brother lost a lot of blood and required multiple blood transfusions.  His brother was blood group A negative, a rare type, and the hospital struggled to find enough units in the local blood bank to save his life. Fortunately, Mark was the same blood group and managed to donate blood to help his brother.

So, two days after he donated blood, Mark was pleased that his symptoms of fatigue and headache had improved.  As he felt the benefit, he continued to donate blood regularly, four times a year.  But he recalled that he did not donate blood over the last 18 months to avoid hospitals because of the Covid-19 pandemic.

Physical examination revealed Xanthelasma (deposition of fat around the eyes), suggestive of high cholesterol.  Mark had a Body Mass Index (BMI) at the normal upper range (24.8), a wide waist of 40 inches (100 cm) and a high waist-hip ratio (WHR) at 0.95, giving him a ‘TOFI’ (thin from the outside, fat from the inside) body configuration. His blood pressure was high at 145/95.  Routine blood tests showed high cholesterol at 6.3, normal HDL (the good guy) at 1.2, but high Triglyceride at 2.3, and a prediabetic fasting blood glucose at 6.2.  He had enough risk factors to confirm the diagnosis of metabolic syndrome.

When he avoided giving blood during Covid, his symptoms returned

I reviewed mark’s medical history and found that his lifestyle over the past 18 months had remained the same as before – the same food, no change in physical activity, sleep or stress levels, despite the Covid-19 pandemic.  The only difference he did not donate blood over the same period as he did before.

Mark’s medical history suggests that he had developed high blood pressure and high cholesterol six years ago, but his medical symptoms had remained stable because of regular blood donation.  The recurrence of Mark’s metabolic risk factors when he stopped donating is anecdotal evidence of the health benefits of blood donation on the metabolic syndrome risk factors.

That is the reason I decided to share this information with you.  This blog will discuss how blood donation reverses metabolic syndrome risk factors and consequently prevents associated vascular disease.

Research backs up the evidence of Mark’s case.  One study found that risk factors for vascular disease appear to be lower in regular blood donors than non-donors.  Also, the LDL/HDL ratio, a strong predictor of high cardiovascular risk, was lower.

Other studies demonstrated more great benefits.  Giving blood was found to reduce heart rate and blood pressure.  It was also found that donating blood can lower your blood fat, including high cholesterol and triglyceride.

More interesting, research documented that blood donation reduced the oxidation of LDL, the bad guy cholesterol, responsible for the deposition of cholesterol plaque along the arterial wall. The process is known medically as atherosclerosis, and it’s the hallmark of vascular disease.

The donation also reduces your risk of forming blood clots.  Having low blood pressure and a low risk of clotting is crucial in preventing severe vascular complications such as stroke and heart attack.

Studies also showed that blood donation could reduce the risk of Parkinson’s disease, dementia and cancer.  This is linked to an increase in body iron stores.

Many people accumulate iron in their bodies over time.  High iron triggers the process of oxidative stress causing free radical body damage (“rusting”).  Hence reducing your body iron by regular blood donation slows down oxidative stress, the underlying cause of the above conditions.

For the same reason, iron-driven oxidative stress speeds up the ageing process, so if you want to look good and feel great in your 80s and 90s, you can – through regular blood donation.

Regular phlebotomy (removal of blood) has been used as a treatment in medicine to reduce the body’s iron stores in a condition known as haemochromatosis. This prevents the deposition of iron in the liver, pancreas, and skin, in this condition, also known as bronze diabetes. 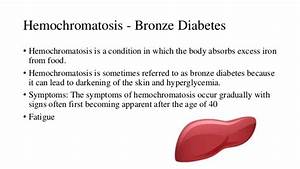 Blood donation also helps weight loss, as when you donate a pint of blood, the body burns 650 Kcal to make the equivalent new blood cells.  This is in addition to the energy (sugar protein or fat) lost in the donated blood.  This is not enough to be used as a weight-loss plan, but regular donation should at least prevent weight gain.

Further specialist testing confirmed that Mark has high inflammation markers and poor ability to produce a chemical known as nitric oxide that relaxes the arterial wall and reduces blood pressure.  He also had a genetically determined high sensitivity to salt and hence was advised to reduce his salt intake.

Having the holistic assessment encouraged Mark to improve his diet by eating more citrus fruits, berries, healthy fats such as avocado, nuts and seeds, and olive oil.  He should also limit his caffeine and alcohol intake, stay physically active, enjoy adequate restful sleep at night and reduce his stress levels.

In addition, Mark was advised to improve his work environment because his regular exposure to a high volume of aromatic hydrocarbons in exhaust fumes can increase his toxin load and trigger oxidative stress (“rusting”) damage.

But by far, the most important commitment Mark made was to continue blood donation four times yearly, as he did before.

People with hypertension can donate blood, even if they are taking medication, but they do need to ensure that their blood pressure is at an optimal level.  (Blood pressure is usually measured a few minutes before donation).

You can give blood every 56 days or up to 6 times a year.

Mark was lucky that the link between his blood donation and his reduced symptoms was comparatively easy to spot.  I wonder if you have noticed a similar trend in your own life.  Please share your thoughts and ask any questions on this subject, and please do subscribe to the newsletter so that you don’t miss further vital information.  Thank you!

Donating blood may help high cholesterol according to medical study

Can I donate blood if I have high cholesterol?

Why donating blood is good for your health