Mitochondrial dysfunction can cause metabolic syndrome

Deficiencies in your mitochondria (the energy production in your cells) can cause metabolic syndrome and associated obesity, diabetes and heart disease

It makes sense that an inability to produce energy – through mitochondrial dysfunction – can result in a sedentary lifestyle that leads to metabolic syndrome.

I almost always see fatigue in patients presenting with obesity and metabolic syndrome.  Tired people are unlikely to be very active.  Also, a lack of energy often triggers overeating.  And the cumulative behavioural effects can result in metabolic syndrome.

Taking the extreme example of chronic fatigue syndrome (CFS), many studies confirm the link between CFS and obesity and metabolic syndrome.  One study found that CFS Patients are over twice as likely to be obese.  The study also showed a significant graded relationship between the number of metabolic syndrome risk factors and CFS, each additional risk factor yielding a massive 37% increase in their likelihood of having CFS.

Mitochondrial (cell energy plants) dysfunction is a major cause of the development and progression of metabolic syndrome and associated fatigue, primarily due to a high level of oxidative stress.

Your body can generate energy in two ways.  The mitochondria (energy plants) are a sophisticated energy generation system compared with the fermentation of glucose in the cytoplasm, a primitive system we share with unicellular organisms such as amoeba and bacteria.  Burning one sugar molecule in the sophisticated mitochondria system produces 32 net ATPs (energy currency) compared with just 2 ATPs in the primitive system.

Adenosine triphosphate (ATP) is the energy-carrying molecule.  It is in high demand in every cell to help them perform their vital activities.  Energy is made from glucose by breaking it down into two pyruvate molecules in the cytoplasm, a process called glycolysis.  In the absence of oxygen, the pyruvate is fermented into lactate.  This anaerobic (‘without air’) process results in the net gain of 2 ATP molecules.

In the presence of oxygen (aerobic), pyruvates progress into the citric acid cycle that takes place in the mitochondria matrix and inner membrane.  Pyruvates entering the cycle generate high energy hydrogen ions and electrons.  These pass through an electric magnetic gradient (electron transport chain) to produce the net gain of 32 ATP molecules.

A high level of free fatty acids in obese people results in a wide range of metabolic effects, mainly in the liver, skeletal muscles, and pancreas.  Interestingly, the increase in free fatty acids in these organs decreases insulin sensitivity through the inhibition of glucose uptake transporter GLUT4, which usually moves towards the cell membrane to open the gate for sugar to enter.

Mitochondrial dysfunction has been linked to chronic insulin resistance because it causes the preferential metabolism of fatty acids, reducing glucose utilisation.

More generalised mitochondrial dysfunction occurs in type 2 diabetes.  This is also linked with reduced electron transport chain activity in muscles and whole-body anaerobic capacity.  Obese diabetic and prediabetic people show reduced fat oxidative capacity, which can result in the accumulation of fatty acids in beta 2 cells and other tissues.  This has been shown to correlate strongly with insulin resistance.

In metabolic syndrome, oxidants such as ROS (reactive oxygen species) are overproduced.  Free fatty acids accumulate in muscle mitochondria where ROS damage can occur, and they are prone to oxidative events that can result in damage to the mitochondrial membranes, proteins, and DNA.

The science bit: a perfect storm of chemical factors

Even before the diagnosis of metabolic syndrome or type 2 diabetes, oxidation of free fatty acids in mitochondria can result in progressive oxidative damage, oxidised fatty acids accumulate in muscle mitochondria, and this is related to mitochondrial dysfunction.

Normally the oxidative phosphorylation enzyme system that generates superoxide is tightly controlled by uncoupling proteins, UCP1, UCP2 and UCP3.  In addition to regulating electron transport chain activity, UCPs also prevent the excessive concentration of ROS by limiting oxidative phosphorylation.  It has been suggested that UCPs remove fatty acid anions (more electrons than protons), which can build up during excess fatty acid oxidation in the mitochondria and cause reactions with other lipids proteins and DNA.

Under normal conditions, skeletal muscles and brown adipose (fat) tissue are ‘upregulated’ during fasting, acute exercise and high fat intake, when there is a high level of fatty acids in contrast to ‘downregulation’ when fatty acid oxidation is increased, or plasma levels of fatty acids are lowered.

Many chemicals and drugs cause mitochondrial dysfunction and insulin resistance.  Toxins like persistent organic pollutants are associated with metabolic syndrome.  Heavy metals, like arsenic and mercury, affect the citric acid cycle directly, while a nutrient such as COQ10 (a requirement for energy production) become deficient due to statin or birth control pills.

A diet rich in green vegetables that contain high concentrations of inorganic nitrite was found to protect against obesity, type 2 diabetes, and heart disease.  This happens not only because of the conversion of nitrites into Nitric oxide (NO), a gas that regulates blood pressure, but also because it enhances mitochondrial function.

The classical pathway produces NO by the action of the enzyme nitric oxide synthase in the arterial endothelium (blood vessel lining.)  NO relaxes the artery to open it up and increase blood flow and regulate blood pressure.

The alternative pathways make NO via serial chemical reactions that reduce leafy green nitrates to nitrite and eventually to NO.  This was found not only to have a beneficial effect on vascular health but also to promote mitochondrial function mainly through the activation of AMPK, a protein known to enhance insulin sensitivity.

Mitochondria are your cells’ powerhouses

Mitochondria produce 90% of the energy needed by the body to sustain and support organ function.  Mitochondrial dysfunction means low energy production, compromising the function of the bigger energy consumers such as the heart, brain, liver, lungs, and muscles.

Mitochondrial dysfunction can occur due to an inadequate number of mitochondria, their inability to transport the necessary metabolites, because of drugs, infection or environmental toxins, or through nutrient deficiencies, particularly those we recognise as mitochondrial food.  These include 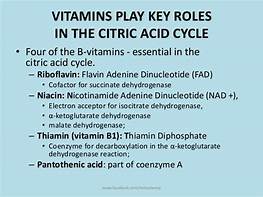 So, my friends, you can now identify the silent enemy within us – our energy systems’ saboteur – but simple steps can guard you against mitochondria dysfunction.  Please share your thoughts and ask any questions on this subject, and please do subscribe to the newsletter so that you don’t miss further vital information.  Thank you!

What is mitochondrial dysfunction? Causes, Symptoms and treatment